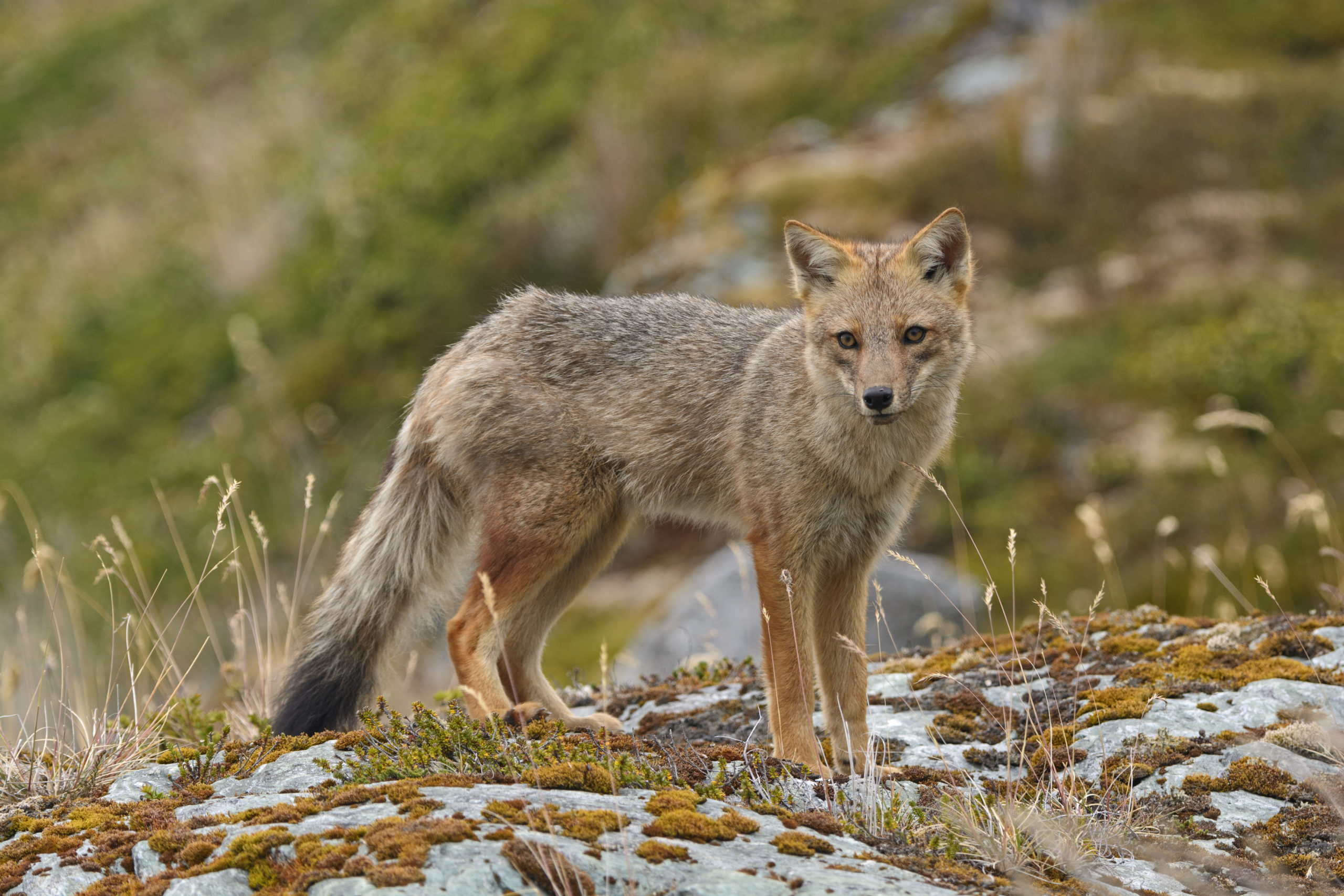 The fox genus Vulpes is composed of 12 existing species known as the “true foxes.” There are only 6 species known from fossils. Foxes are part of the Canidae family, including wolves, coyotes, and dogs, but we can see certain distinct features that separate foxes into their own genus.

The small size, flattened skulls with pointed snouts, and a large bushy tail distinguishes Foxes. “Vulpes” in Latin means fox. Research suggests that more genetically distinct species within the genus have yet to be described due to the vast land area occupied by the red fox. 1Go To Source animaldiversity.org -“Vulpes foxes”

Foxes vary in physical characteristics depending on the subspecies of the fox. Most foxes have long snouts and different colored fur on their face, back, sides and tail.

The most common fox in North America is the red fox. This fox has a greyish-white throat, chin, and stomach. Red foxes have large and pointy black feet and black-tipped ears, and a fluffy white-tipped tail. Red foxes are about three feet in length and two feet in height.

Gray foxes are slightly smaller and have a shorter snout and a somewhat more rounded face. Looking for the color at the tip of the tail is the surefire way to tell the difference. Gray foxes are equipped with black-tipped tails. Although very similar in name and appearance, the gray fox and the red fox are only distant cousins, belonging to different genera in the Canidae family. 2Go To Source nwf.org -“Red Fox Vulpes vulpes”

Size Of The Average Fox

Foxes range in size depending on where they are found. Northern foxes tend to be heavier and larger than foxes found in the south. Females also tend to be smaller compared to male foxes. Average measurements of foxes include: 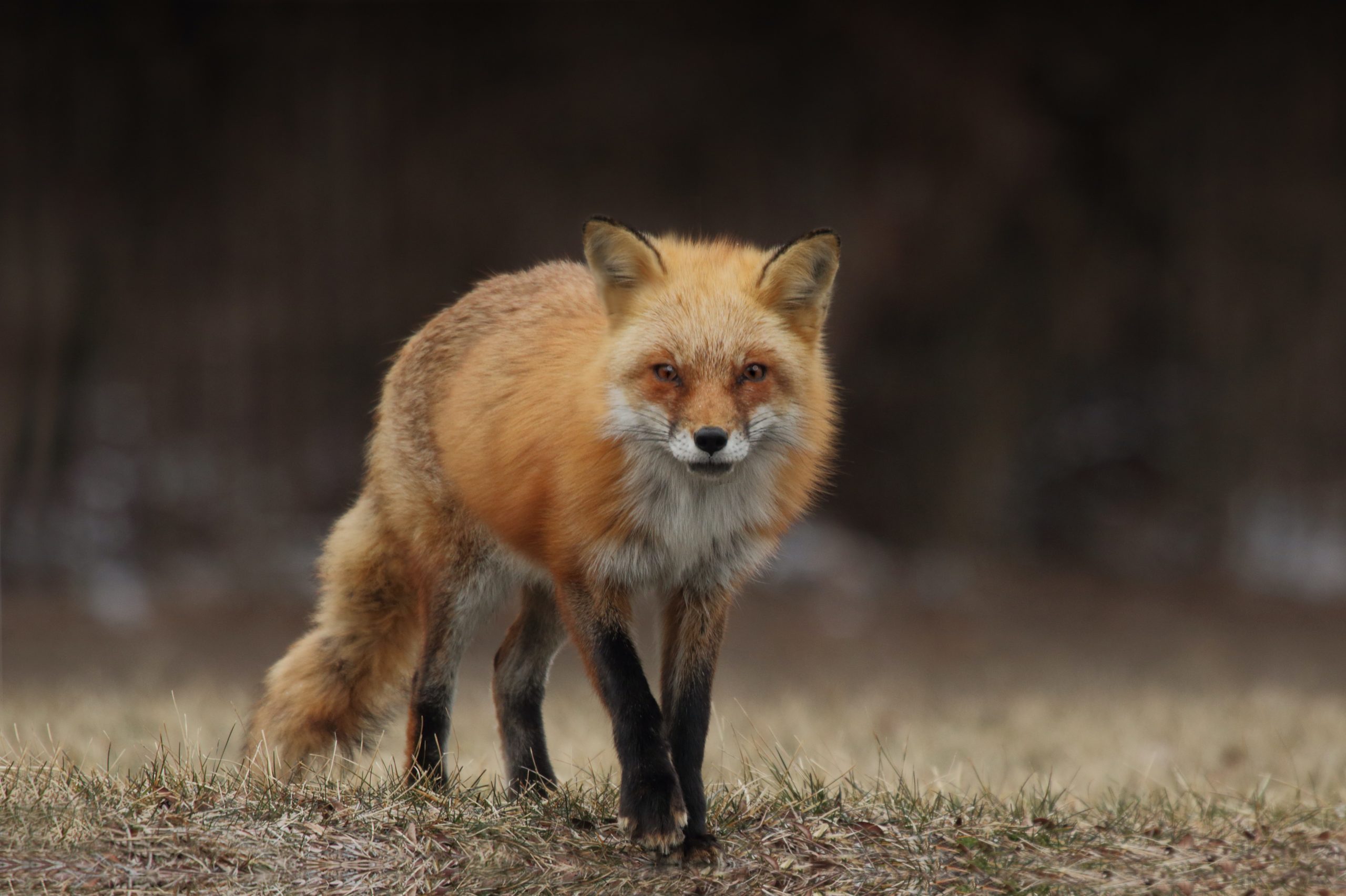 Foxes live in packs and are very social creatures. According to the U.S. Interior Department, a group of foxes is called leash, packs, or a sulk. Foxes like to stick close to family members. Packs are made up of mates (mother & father), pups, and older relatives. Male foxes are known as dogs, tods, or reynards, and females can be referred to as vixens.

During the night, these mammals like to hunt and are nocturnal. This implies that during the day, they sleep. Depending on where the fox pack lives, this can change. According to the National Parks and Wildlife Service of Ireland, a fox pack may hunt during the daytime if they live in a place where they feel safe.

Foxes have fantastic eyesight. In effect, they can see just as well as a cat. Thanks to their vertically slit pupils, their eyes are much like those of a cat.

Foxes are very fast as well. They can run up to 45 mph. That’s almost as fast as one of the world’s fastest animals, the blackbuck antelope. 3Go To Source livescience.com -“Foxes: Facts & Pictures”

At dawn and dusk, foxes do a lot of hunting, but they can hunt at any time. By stalking live prey, they hunt. They have excellent hearing and use a technique of pouncing that allows them to kill the prey rapidly.

In winter, they listen to animals moving underground or under the snow and use a pouncing and digging combination to get there. They stalk until they are near, with larger prey such as rabbits, they wait to attack until the rabbit turns to run away.

Initially, the cubs live on their mother’s milk, but when they’re about a month old, their mother starts regurgitating the meat she has eaten for them.

After about 2 months, the pups will be allowed out of the den to play. During this time, the mother will bring back small prey such as grasshoppers, frogs, and mice. Soon they will be allowed to accompany their mother on hunting trips where she will teach them how to gather food. 4Go To Source animals.mom.com -“WHAT DO FOXES PREY ON?”

The red fox females have a small window of ovulation time, 6 days, just like humans. The estrus’s exact time is determined once a year, depending on where the female is: Jan.- Feb. in central regions, December-January in the south, and February-April in the north.

No matter where they are located, males have a set mating cycle, and it starts in November and ends in March. Like males, females will sometimes sexually mate with many different males until they find the right male to become a companion with. Somewhere between 15-20 minutes, sexual reproduction lasts, followed by a vocal clamor.

It takes between 10 to 14 days for the fertilized egg to be implanted. Once a female fox is pregnant, she will mainly stay inside the den and only leave the den for short periods of time. The male never goes inside but supplies food to the female. Before and for a short time after birth, males will continue to deliver food for his mate and pups.

One female with birth anywhere from 1-13 pups at a time. They are born with their eyes closed, and about two weeks later, they open them. The mother, father, and older foxes will help the new offspring adapt and survive for three months. The pups are ready to go out into the world on their own as the next autumn rolls around. 5Go To Source petkeen.com -“Ecology and behaviour: Basic facts”

Traditionally, the canid social structure was seen as a strict hierarchy with a “top dog” (alpha), a second in command (beta), possibly other “rungs” (delta, gamma, etc.) down to the lowest hierarchical member (omega), who bears the brunt of the aggression of the others. This is perhaps most familiar to those of us who own dogs and have been told we “have to show them who’s boss” based on studies of wolf packs.

In reality, nuclear families are mostly canid social groups, consisting of breeding pairs and several offspring from previous years. Typically, there is a social structure within the group, but it seems more flexible than suggested in early studies.

Although familial fox groups still exhibit a distinct social hierarchy, some members are openly submissive to others. The hierarchy may not be fixed, but their access to food can be determined by the placement of an individual within the family. This can affect how quickly a cub grows, how much social contact an animal gets, and how likely it is to disperse. 6Go To Source wildlifeonline.me.uk -“Red Fox Behaviour – The Social Hierarchy”

Range Of Foxes In North America

Fox releases have happened in eastern and southeastern states, including California. 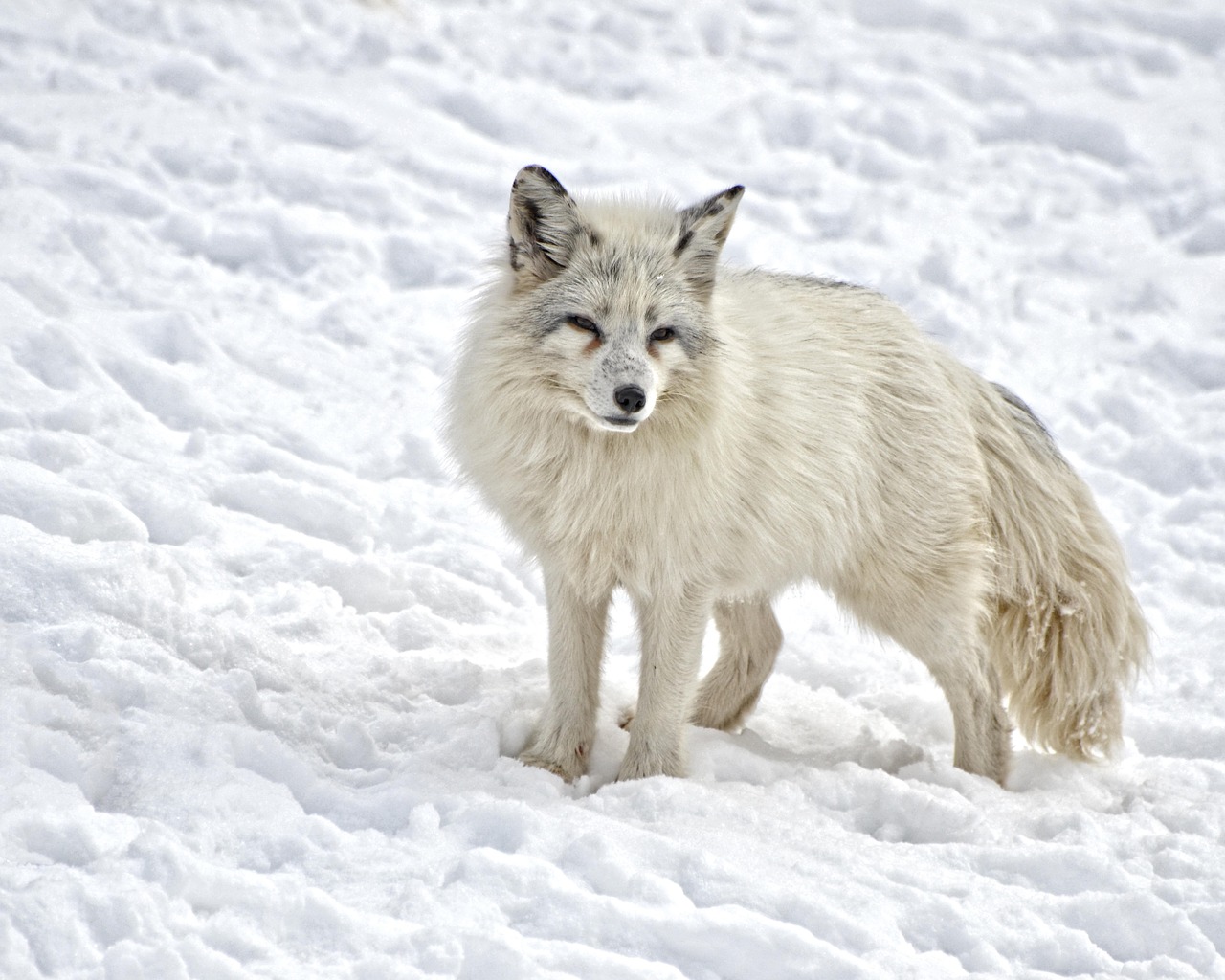 The red fox and the grey fox are both omnivorous. They are opportunistic feeders, and small rodents, squirrels, rabbits, birds, eggs, insects, vegetation, fruit, and dead animals are among their primary foods.

When hunting and foraging efforts are good, foxes will conceal excess food. They return to these food storage sites and were observed to dig up a cache, inspect it, and rebury it at another location.7Go To Source mass.gov -“Red and gray foxes in Massachusetts”

Attacks by foxes on humans, including children, are extremely rare. While being curious and even bold sometimes, it is in a fox’s nature to look around. With that being said, approaching a fox can be dangerous. The animal may lash out if its cubs are nearby or if it feels threatened.

Like any wildlife, a fox will become accustomed to being feed by humans. They will also come close to people if garbage bins or pet food is are easily accessible. 8Go To Source orangecountync.gov -“Coexisting with Foxes”